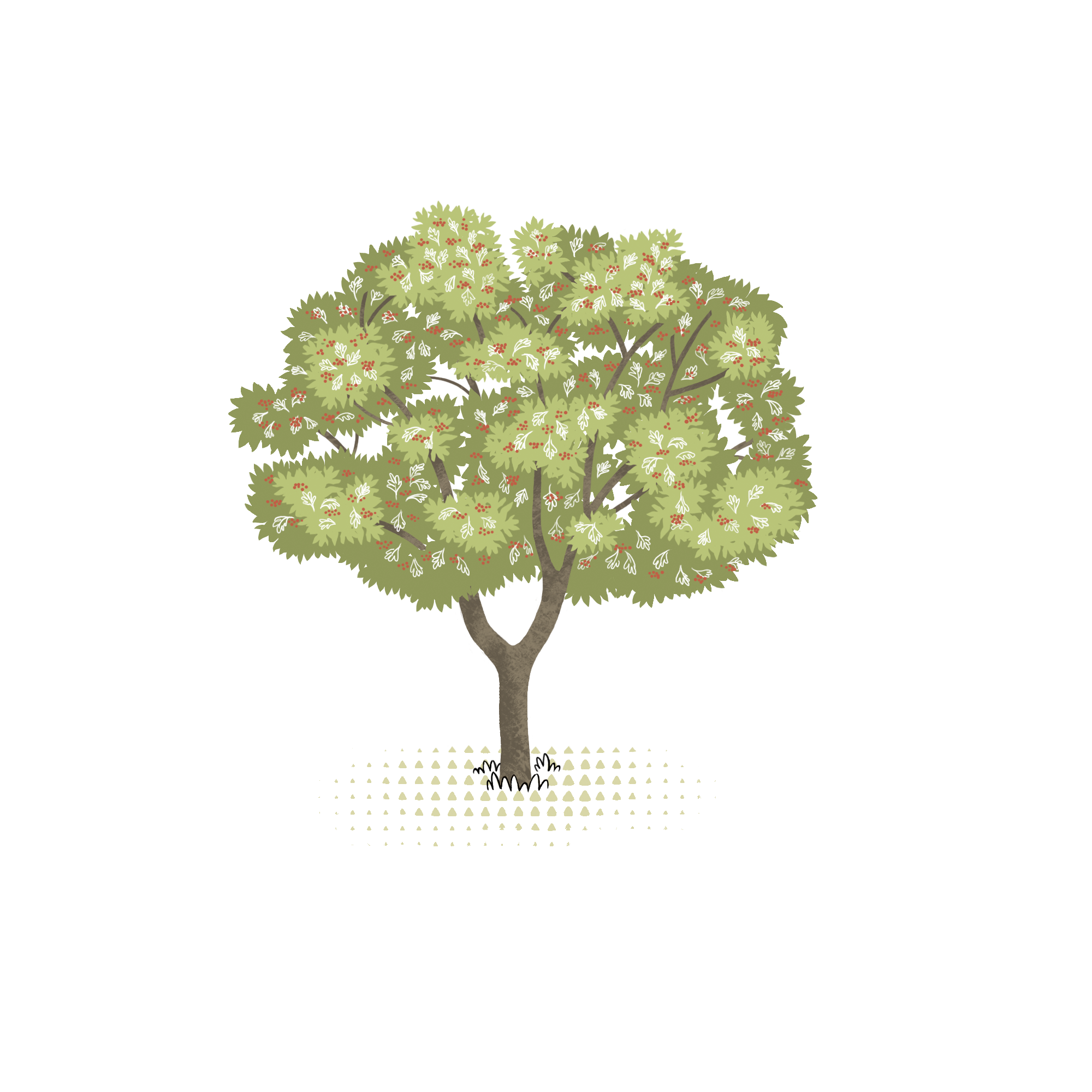 A sapling that grows up to 8 meters in height and produces whitish-red fruits that were very popular on Renaissance tables! When consumed fresh, they are thirst-quenching, refreshing, taste like apples or loquats, and rich in vitamin A! Hawthorn was often planted in rows along country roads and on farms. Dedicated to those who love to rediscover ancient flavors.

It is a fruit tree member of the Rosaceae family. Native to Asia Minor, it would later spread throughout the Mediterranean basin. The leaves are oval and have a beautiful bright green color, but they yellow before they fall. The small white flowers sprout in clusters ranging from 3 to 18 between April and May. The tiny fruit is an edible pome with a globular shape. Beneath the red or yellowish skin is an orange pulp with a bittersweet, apple-like flavor.

Most botanists believe that this species originated in Asia Minor or Crete Island, from which it would have spread as a crop throughout the rest of the Mediterranean basin, particularly North Africa, and Europe. In the 16th century, Giacomo Castelvetro called the fruit "Lazzeroni" and claimed that it was "a fruit not only beautiful and pleasing to the eye but good and tasteful and very healthy for indisposed bodies," attributing healing virtues to it. He wrote "its taste is sweet and sour, and there is no doubt that it relieves the thirst of burning fevers, and for this reason, physicians give it to the afflicted." He was so convinced of the properties of this berry that he made a gift of it to Sir Arrigo Wottoni, an English diplomat who visited Italy several times.a

Fresh hawthorns are known for their thirst-quenching and refreshing properties. They seem to exert diuretic, hypotensive and antianemic effects, may protect eye health and offer revitalizing help to the skin. Hawthorn is grown for ornamental purposes for the beauty of its foliage and the bright colors of its fruit, in public and private gardens and even in pots. As a fruiting plant, it is grown in several regions of Italy in orchards or family gardens. For food purposes, bluegrass fruits are used: cooked to make jams, marmalades and jellies; raw in mixed salads, fruit salads, in fruit salads, in spirits or in schnapps. Infusion of the flowers is regarded as an effective remedy for hypertension. The wood is used to make ornaments as it is particularly hard and durable.

Forests where you can grow your own Azarole, adopting or giving it away.