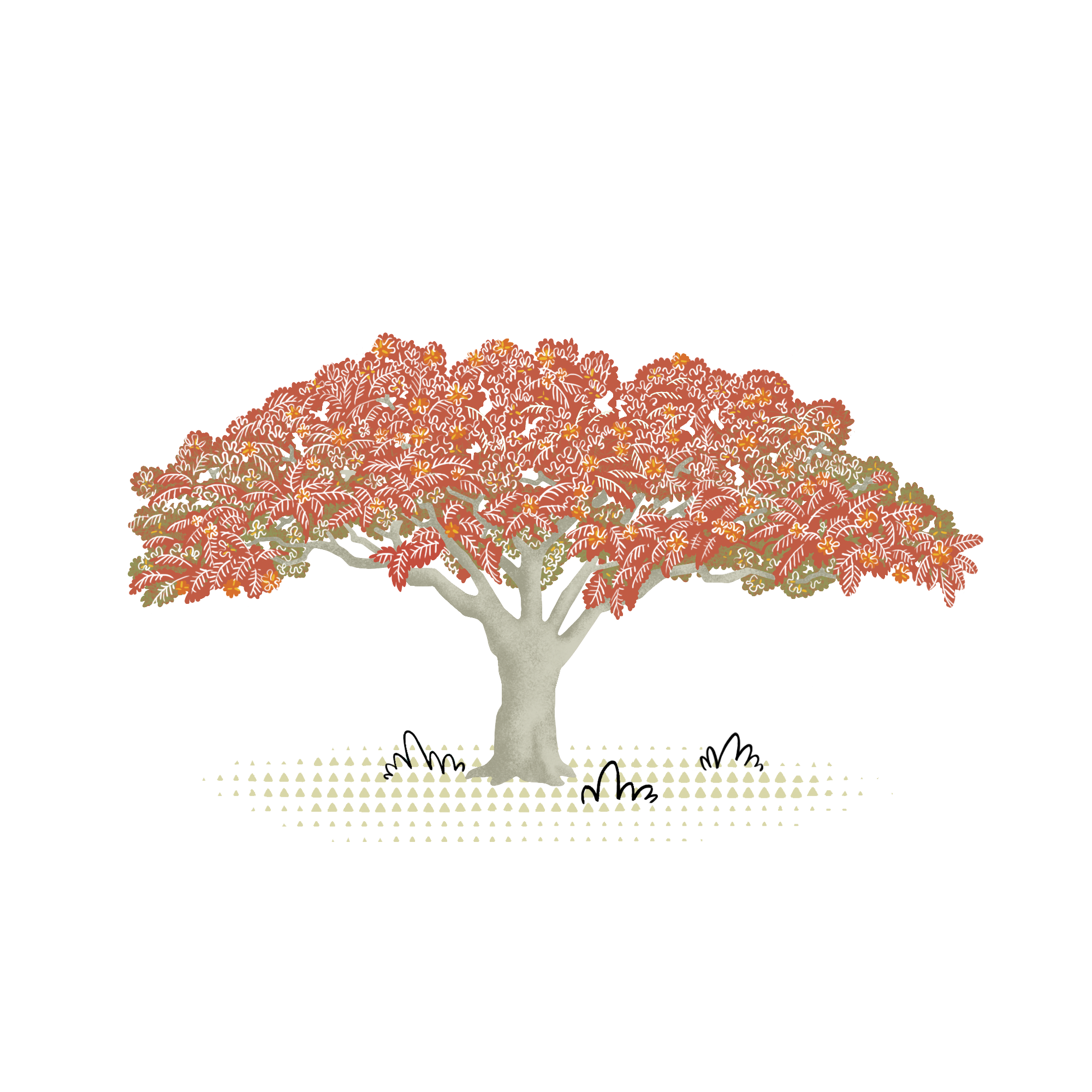 Tree native to Madagascar where it is now nearly extinct. In French "flamboyant," for its explosive flowering that occurs all at once. The entire foliage becomes covered with a multitude of fiery red flowers, even before the leaves appear. Dedicated to all those burning with passion for something-or someone!

Part of the Caesalpiniaceae family. Native to Madagascar, it loves the heat, in keeping with its name. The flowers give the illusion that the tree is on fire, thus attracting birds and bees. Older specimens may spread out at the base of the trunk and form large roots. Its flat fruits are enclosed in a pod 30-50 cm long and hang on the tree even after the foliage has fallen. They contain 30-40 elongated seeds.

Delonix regia is widely used in gardens, boulevards, and also as an indoor ornamental plant when grown as a bonsai. In tropical areas, the plant is grown to make dividing hedges and especially for sunny street trees. The seeds are used by the indigenous peoples of Madagascar to make jewelry and bracelets.

The species grows wild only in the dry deciduous forest of northwestern Madagascar, in the area of the Bemaraha massif and in the forests around Antsiranana. Since the 19th century, the plant has been introduced into many tropical countries where it has become naturalized. It is very present in the Canary Islands, where it is used in public boulevards. In some of them, such as Australia, it has proved to be an invasive species, capable of creating problems for native flora.

Forests where you can grow your own Flamboyant, adopting or giving it away.